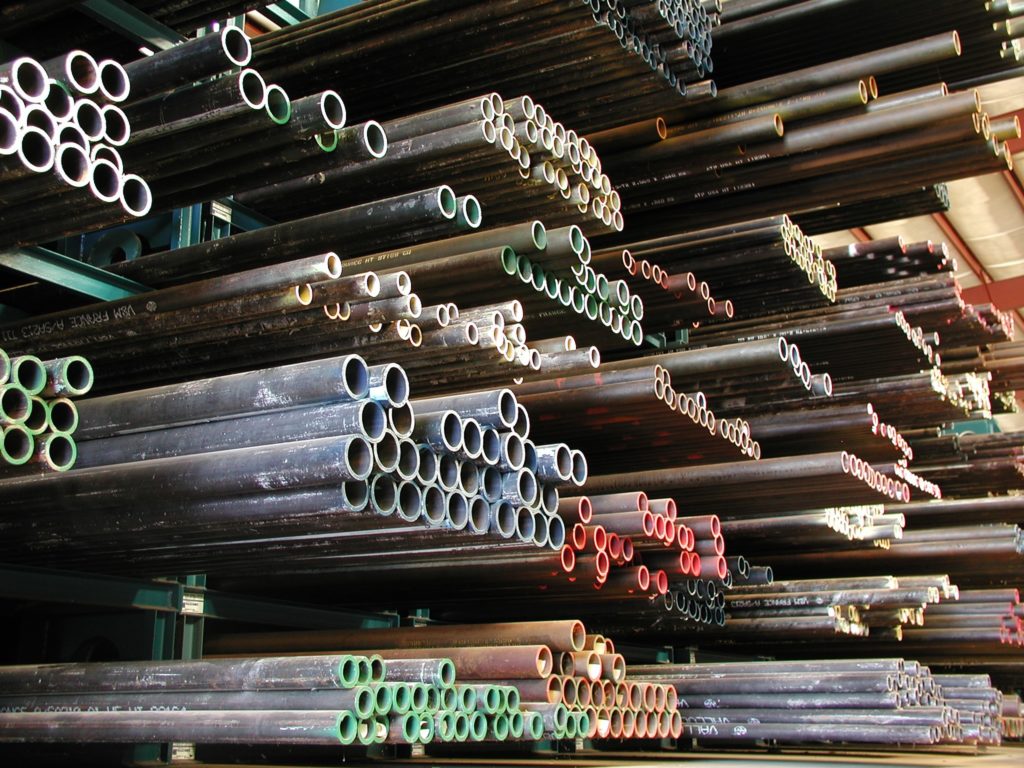 It was hot in June in Oakboro, North Carolina. The thermometer rose to a stifling 33 degrees Celsius, laced with a humidity of over 70 percent. It’s a good thing that the negotiations on the acquisition of the youngest subsidiary of the BUHLMANN GROUP, R-S MATCO LLC, were anything but a sweaty affair.

When the BUHLMANN management, among them Oliver Buhlmann and Jörg Klüver as well as BUHLMANN North America President Marcel Schneider, came over earlier this year, it only took one day for the general agreement to be reached. “The final consultation was cordial and took place in a very easy and agreeable atmosphere”, said Marcel Schneider. The employees as well as the management of the company consider the takeover as another step in in the development of the business. “It’s an opportunity to join forces and increase buying and selling capacities”, Schneider says about a deal which was quickly decided on.

R-S Matco, one of the largest suppliers of boiler tubing in the United States, has a history that goes back several decades. In its present form, the family business was founded by Ron and Susan Church – which, by the way, also provides the explanation of the initials in the company name. The company was called Matco when the Church family took over. Since June 2019 R-S Matco has been part of the BUHLMANN GROUP and with the same values, the same approach to customer service and the all-important issue of being a family-owned company and the responsibilities that go with it, there wasn’t much to disagree on.

R-S Matco’s customers include coal and gas fired powerplants, pulp and paper industries, petro-chemical industries, industrial and commercial boilers, sugarmills, waste heat boilers and package boilers. At R-S Matco we put our customers first – on the company’s website this as a clearly defined testimonial. And the company emphasizes: “We are available anytime; 24 hours a day, 7 days a week. That’s what makes us special: We are always there for our customers and have actually acquired a lot of business from competitors because they are not always available and too slow to respond.”

With speed being an essential issue, the location of R-S Matco is an advantage that is not obvious at a first glance. Oakboro is a beautiful, small and very rural American town. However, it is not at all remote: Charlotte, the largest city in the state of North Carolina with 2.5 million inhabitants, is less than 50 kilometers away, and it’s a hub of trade and shipping activity. The Interstate I-85 from northeast to southwest USA and the I-40 which runs from the east coast all the way to California. That and R-S Matco’s reliable shipping partners make the logistics very manageable from Oakboro.

The reactions to the takeover by the BUHLMANN GROUP are positive, Marcel Schneider says. “The employees – and thus ultimately also the customers – know that our philosophy won’t change. That’s the most important thing.” This down-to-earth-attitude, premium service and reliability, as well as the common approach that good business people focus on the human factor make it so easy to welcome R-S Matco warmly.