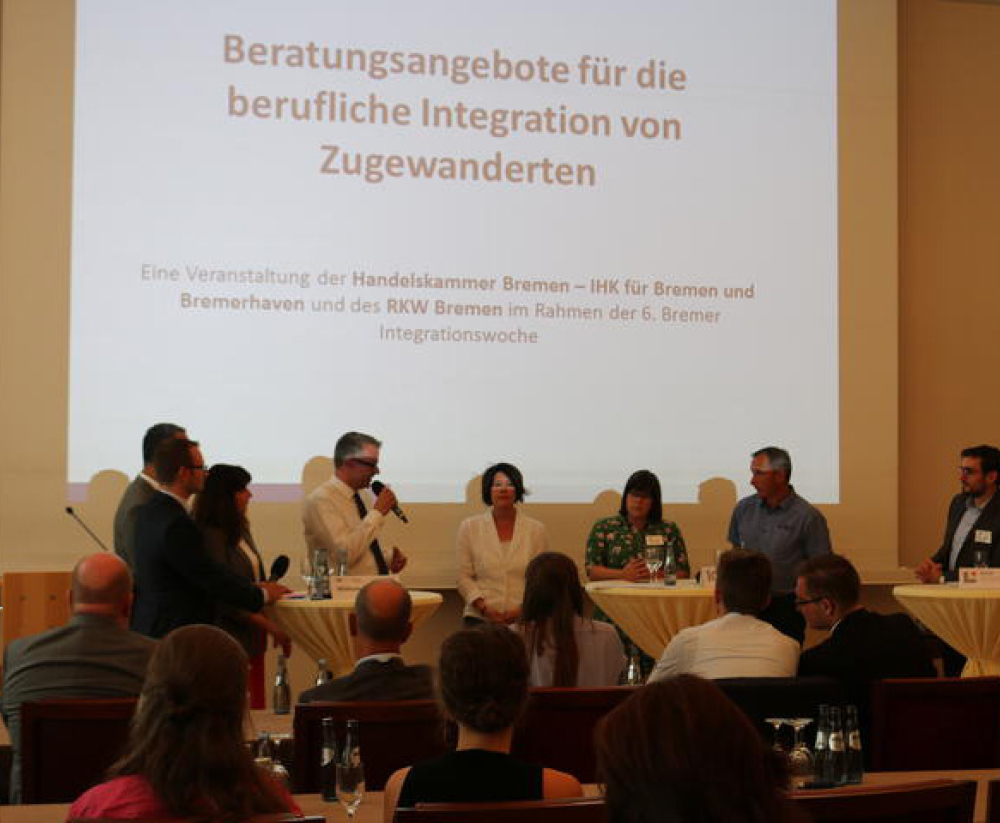 "Advisory services for the professional integration of immigrants": Under this name, various Bremen companies shared their experiences and exchanged ideas among themselves on September 3. In addition to Bremer Straßenbahn AG and the logistics provider Dachser, the BUHLMANN GROUP also reported on the previous cooperation with consulting services at the event, which took place as part of the 6th Bremen Integration Week.

"We are still at a relatively early stage, but have already implemented a number of measures," says Ronald Speidel, Head of Human Resources, who presented these measures. "This includes, for example, cooperation with the Willkommenslotsen project of the Bremen Chamber of Industry and Commerce," he adds. Behind Willkommenslotsen are the supervisors of young fugitives, who get in touch with companies for them and arrange internships in order to facilitate career entry for both sides. At the branch located in Bremen, for example, this resulted in three internships during the summer. "An intern then began his apprenticeship with us as a specialist warehouse clerk," explains Ronald Speidel. In respect of this initial success, the cooperation is to be further expanded and strengthened in order to attract apprentices, employees and staff in this way in the future as well. These activities support on the one hand making integration easier for immigrants and on the other hand will foster their near-term entry to the labour market as employees. And that the BUHLMANN GROUP attaches great importance to cultural diversity and welcomes employees with migrant backgrounds is demonstrated by the fact that already a total of 20 different nationalities in Germany are part of the BUHLMANN GROUP. However, the exchange during the 6th Bremen Integration Week also showed that there are still many hurdles to overcome and that the language is often the largest of these. Therefore, the support of projects like the Willkommenslotsen or organisations like the IQ-Network, which also presented itself at the event, is immensely important.